What is a Crochet Diagram, anyway?

A crochet diagram, or chart, is a pattern using symbols instead of words. When you don’t know what you’re looking at, it looks like a giant mess of overwhelming confusion. Don’t worry, we’re going to go over it and by the end of this you’ll look at them in a whole new light.

A diagram can be used to read a crochet pattern in its entirety or even just to show a stitch repeat. Sometimes they are paired with a written pattern and other times it could be there on its own. Diagrams can be created for patterns that are worked row by row and in the round.

One of the most important things for you to do first is to get familiar with the symbols used. I’ve listed a few of the basic symbols below, but you can find a list of these symbols over at the Craft Yarn Council. Bookmark it on your computer or print them out for easy reference! If you don’t have their list of symbols handy, there is almost always a key within the diagram that states what each symbol means.

One way to remember what each symbol represents is by understanding why they look the way they look. For example, the slip stitch is represented by a black dot because it is small and unnoticeable in the pattern.

The chain stitch is represented by an oval because the chain stitch looks like an oval! The symbol for a dc (double crochet) has one diagonal line in the center. This shows that you will yarn over once before inserting your hook. The symbol for the tr (treble crochet) has two diagonal lines for two yarn overs. As for the sc2tog and dc2tog (single crochet 2 together/double crochet 2 together) you can see that two stitches are connected at the top.

One of the great things about crochet symbols is that they look like how you would make that stitch. For example, the horizontal bars in stitches relate to the number of yarn overs at the beginning of that stitch (except for half treble/double stitches). 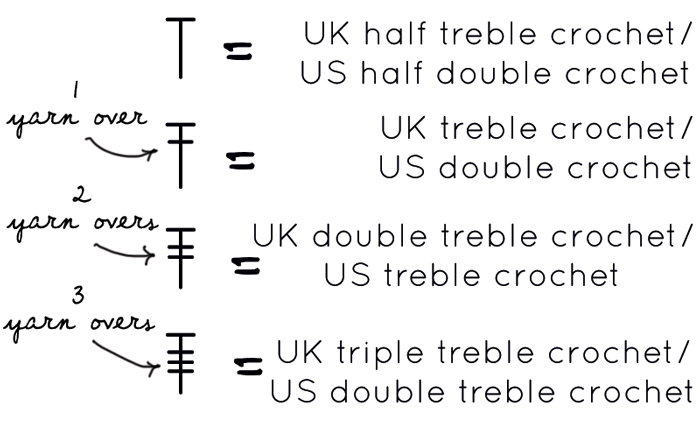 It is the same with most special stitches, they are made to look like how one would make the stitch

With the exception of the わ symbol used in Japenese patters to mean magic loops, even the start of rounds make it instantly clear how the project starts.

Once you have the basic principle that each symbol relates to a stitch, reading charts becomes that bit easier. 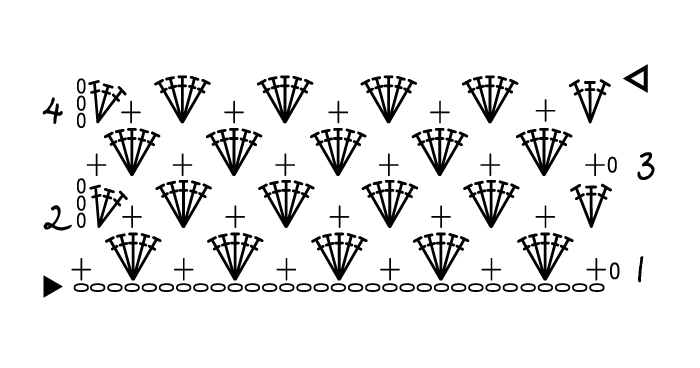 – The chart is read from the bottom up and are written for right handed crocheters, unless other wise specified.

– A solid triangular arrow shows the direction of work at the beginning. An outlined triangle shows where the work should be bound off.

– After the initial chain, you work from right to left across the row, then on the next row, from left to right, continuing on in a zig zag fashion up the chart. In a full chart, the rows will be numbered at the beginning of each row.

– Stitches should be aligned in columns to show you which stitch you work into for the next row.

– Chain stitches hanging off the ends of the rows (as in the 1ch shown on the right hand sides of this chart) do not count as stitches, but merely raise the row.

The other kind of chart in rows you may come across is one for a stitch pattern.  These are often found in books of stitch patterns or sometimes as part of written pattern as a way of making the stitch clearer.

– Pattern repeats are generally shown either highlighted in a colour, or Japanese patterns will often show the number of stitches in a repeat with a bracket underneath the beginning chain.  This is useful if you are working a stitch pattern and need to know how many chains to work at the beginning.

– The number of rows in a pattern repeat are often shown as numbered rows on the side.

Working in rounds follows the same basic principles as working in rows.  Symbols correspond to stitches.

(this is the pattern for this week’s flower)

– Arrows will show the direction of work, or where a round is worked without a slip stitch join to raise the rounds.

– Charts DO NOT distinguish whether your work into the stitch or into the chain space (as in row 5 above). You will either need to refer to the written pattern (if there is one) or use your knowledge of crochet to figure out how to deal with that round.

For the more visually minded, charts can be a real breakthrough when it comes to understanding crochet. Plus, being able to read crochet charts literally opens up a world of new patterns. Some of the most original patterns available are from Japan, where all of the patterns are charted. 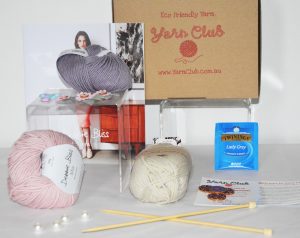 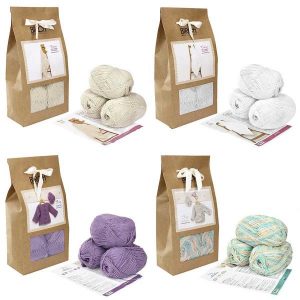 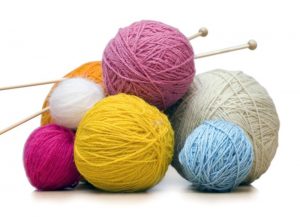 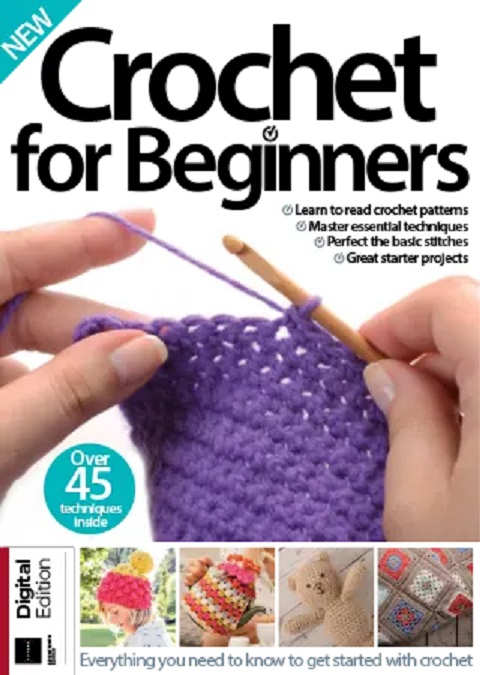 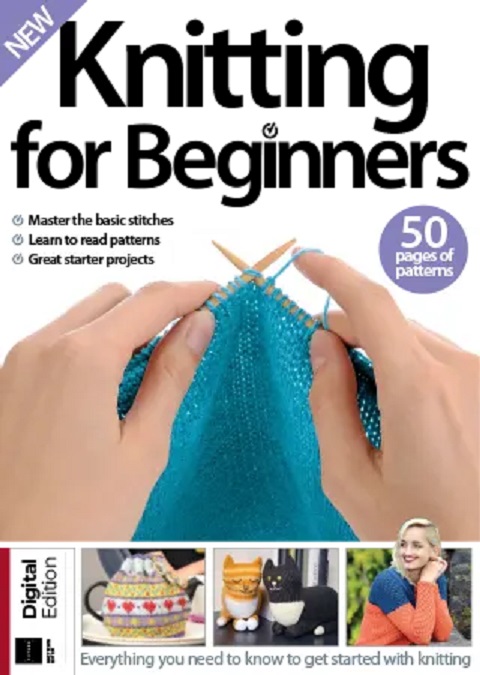